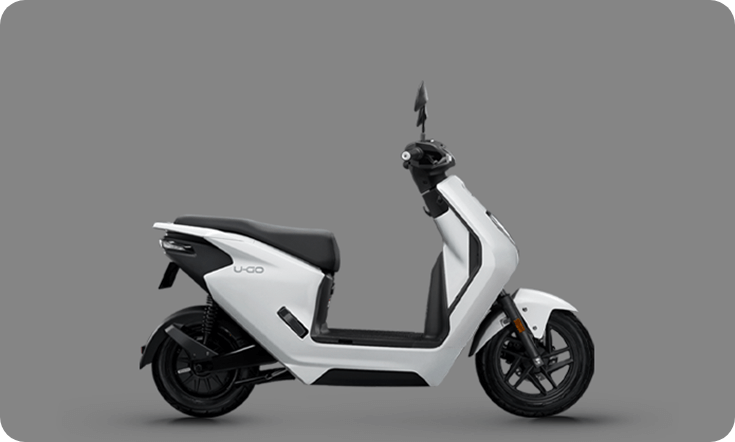 The Honda U-GO has been launched through its Chinese unit Wuyang-Honda and will be available only for the Chinese market.

Honda through its Chinese unit Wuyang-Honda has launched its first electric scooter U-Go and its price starts at RMB 7,499 ($1,150) which roughly translates to ₹85,000.

The U-GO comes in two variants –

The standard model of the Honda U-GO will come with a 1.2 kW continuous-rated hub motor that can make a peak output of 1.8 kW. The top speed of this version is 53 kmph.

The low-speed model sports an 800 W continuous hub motor with 1.2 kW of peak power. Its top speed is 43 kmph.

Both these models offer 48V and 30Ah removable lithium-ion batteries with a capacity of 1.44 kWh. The powertrain offers a range of 65 km which can be expanded up to 130 km with the addition of a second battery.

Honda has announced this electric scooter in the Chinese market and its price starts at RMB 7,499 ($1,150) which roughly translates to ₹85,000. The report also suggests that if not immediately, but eventually Honda will introduce its electric scooters for other markets in coming years.