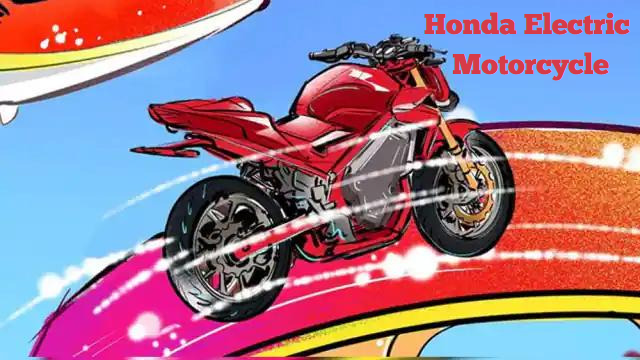 Honda may have just teased the world with the first glimpse of its upcoming Electric Motorcycle with its early look.

Honda may have hinted at its future electric motorbike in the picture of its float for the 2023 Rose Parade, in which it will be the lead float and the presenting sponsor for the 13th consecutive year. The company’s electrification aspirations are among the projects being promoted by this year’s float, which is titled “Forever Determined” and is a part of an ongoing brand marketing campaign. As Honda gets ready for an electrified future, its float showcases a variety of items from the road to the racetrack to the skies.

The Prologue, an all-electric SUV, the Acura ARX-06 battery-powered race car, and the Honda executive jet are among the fleet of vehicles shown in the picture. At first glance, the electric motorbike resembles the recently introduced CB750 Hornet quite a bit. However, if one zooms in, a concept sketch for an electric motorbike is to be seen. Although the seat unit, rear light, and side panels are all reminiscent to the Hornet, the petrol engine has been replaced with some sort of an electric drivetrain that is clearly apparent and visible.

Since Honda didn’t even identify the electric motorcycle in its press announcement, it still remains an enigma and a complete mystery to everyone. However, considering Honda’s stated objective of launching a “fun EV” motorbike, this very well alludes to the existence of an electric motorbike that the firm is working on. This seems to be supported by the timeframe for Honda’s intended delivery of its first completely electric motorbike for the mainstream market, as we already know that it intends to put one on the road by 2024.

Given that the company had hoped to launch more than 10 electric two-wheelers worldwide by 2025, this would be a highly worthy endeavor and a smart move. It’s highly challenging to make inferences from a sketch of a parade float, but it’s important to note that, aside from the motorcycle, every other feature of the float is either an existing product or is undergoing further development.

It might be time for Honda, one of the most well-known automakers to consider and introduce its first electric motorbike. Honda may have taken longer to transition to electric power in the two-wheeled sector because it awaited the ideal time and opportunity to make the change. Globally, its sales are currently growing. Thus the time certainly seems right to release the electric motorbike with sales both domestically and internationally being so robust.

Additionally, this isn’t the first time Honda has made a hint about a forthcoming electric vehicle. It draws attention to the company’s initiatives to advance sustainability through the manufacture of vehicles. This move exemplifies and demonstrates Honda’s dedication to enhancing people’s lives by continuously expanding mobility through cutting-edge technology and sheer determination.