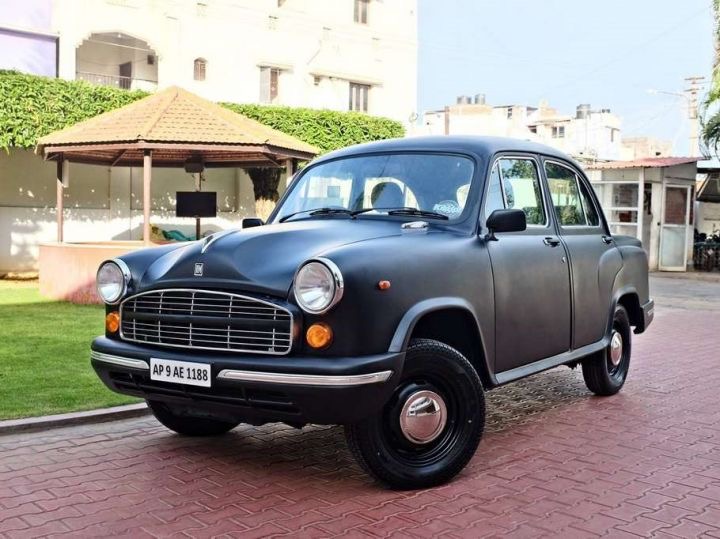 “Hindustan Motors Ambassador on its way to make a huge comeback” or “Return of the Legendary”  Hindustan Motors is collaborating with French automobile company Peugeot to bring out the all-new electronic version of the classic, Ambassador 2.0. It is set to launch in 2 years.

The partnership will allow both companies to participate in the growth of the Indian automotive market, expectedly to reach 8-10 million cars by 2025. In addition, this joint venture will also produce electric 2-wheelers. The electric version is going to be of high caliber and will prove to be of more benefit to the customers. It is a Rs 120 crore project and it will be manufactured at Hindustan Motors Chennai facility. All the designs have been worked on for at least 18 months before the finalization.

The final design does remind of Ambassador from certain angles but is still quite unique. Ambassador 2.0. is 200 mm longer, 100 mm wider and 50 mm taller than the classic Ambassador.

The electric car will have a 160 kWh battery pack with a driving range of approximately 190-200 km when fully charged. The batteries would take 5-6 hours to charge fully but they would not support fast charging.

Ambassador 2.0. would also be able to do a 0-100 km/h sprint in 4-5.5 seconds. There is going to be a screen inside the Ambassador that shows the vehicle’s range, battery status, and a few other data. It would also get a regenerative slowing mechanism that would charge the battery and the screen would show precisely all the data.

Ambassador was first produced in 1957 by Birla. It was the most preferred car as well as an affordable car for middle-class families. Hearing the word Ambassador brings back a lot of memories for the Indians. With great mileage, Ambassador was one of the most fuel-efficient cars in Indian history. It couldn’t keep up with the technology and acquired a legendary status in India after being out of production since 2013.

Very few cars are still being used as taxis. Ambassador is known as a future classic by many automobile journalists. It surely was a true representative of the famous initiative ‘Make in India’ even before the terminology came into existence.

At present, they are attempting to get permission from ARAI so as to process the revival according to the standard guidelines. It is said that electric vehicles are the eventual fate of regular vehicles, but it has proved to be a boon to the Ambassador.