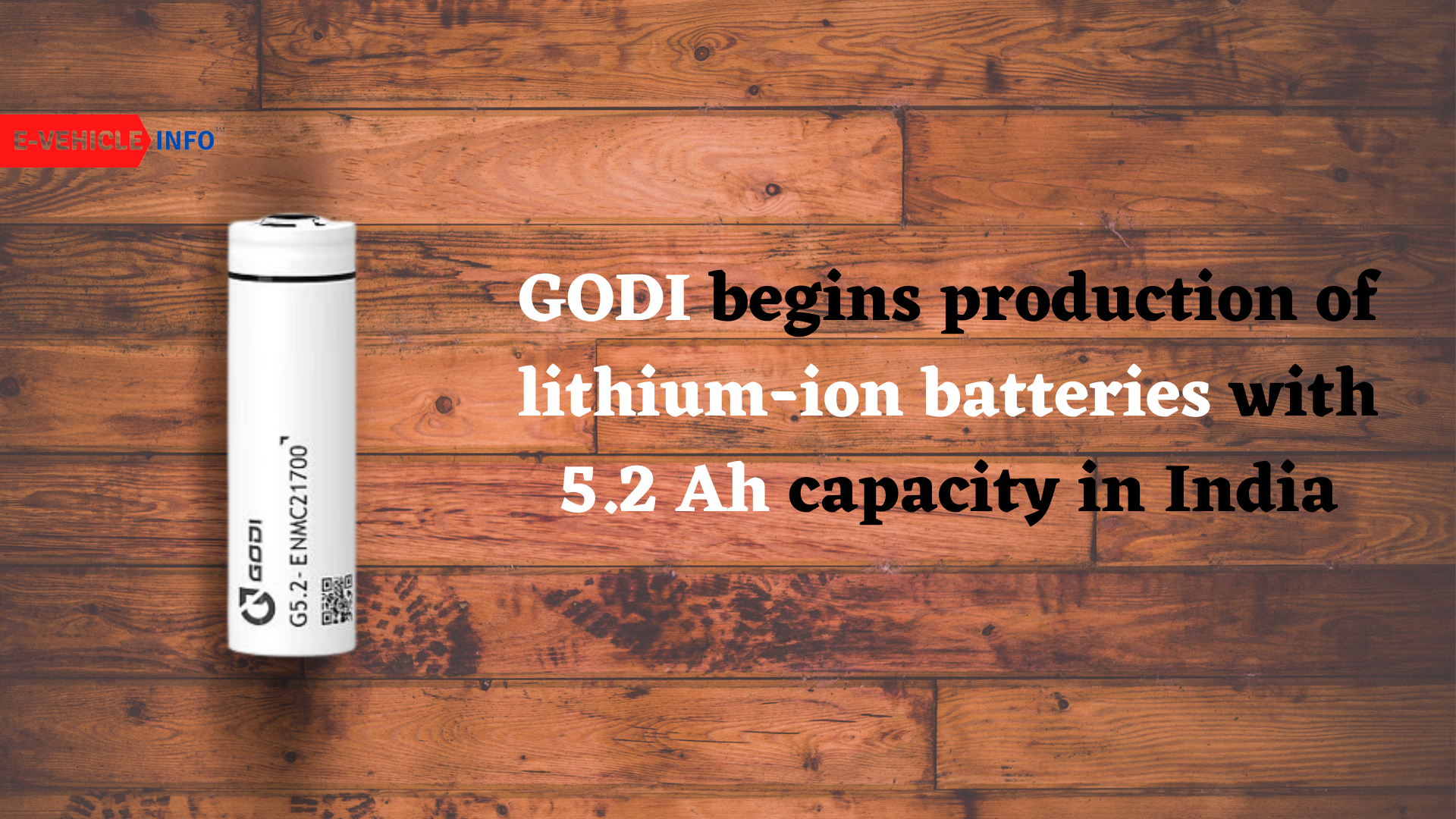 What if I tell you that now the range of the electric vehicle can be boosted by 15-20%, surprising? Well, it’s no more imagination because India has engineered anode technology that is behind the success of this growth. Not just the range is impacted but the energy storage time is also increased by 10 times using anode technology.

The reason anode technology is able to do this is that it uses high energy density. Now is the right time to bid farewell to graphite rods.

India’s first-ever lithium-ion battery with an energy density of 275 Wh/Kg started production in India. This technology is based on 5.2 Ah 21700 cylindrical cells that have silicon anode technology.

The only problem that the GODI faces is that it experiences close to 400% volume expansion during its charge and discharge processes, making it difficult to stabilize.

GODI is an Indian-based R&D-focused organization that is committed to zero-carbon footprints by adopting environmentally friendly technology. GODI is the first firm of its sort, that is established in India and is a leading innovation in all areas of energy storage technology. The company deals with unique cell chemistries, Na-ion cells, and Li-ion cells.