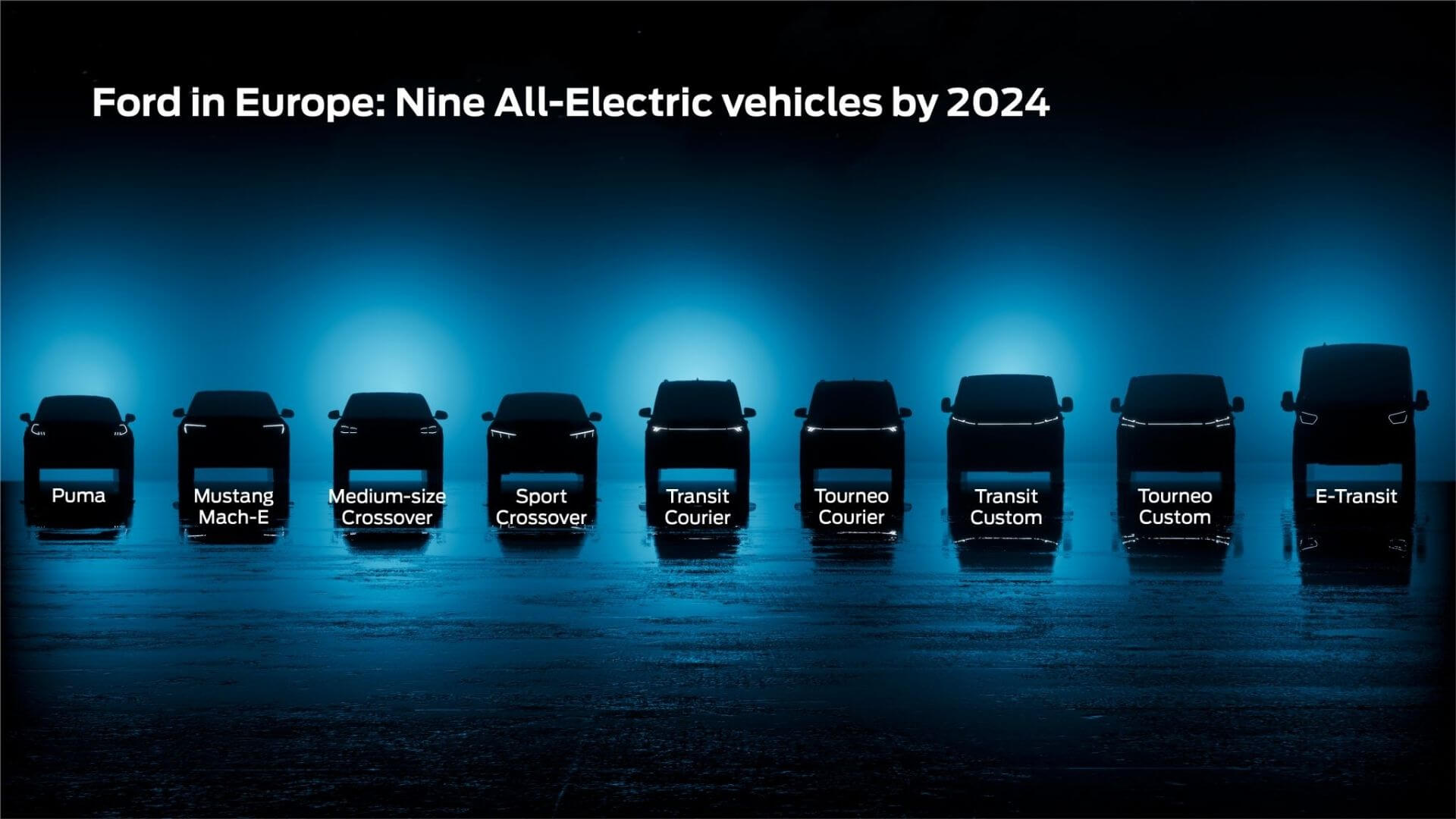 In the past, carmaker Ford Motors has said that the passenger vehicle line-up in Europe will be fully electric by 2030. And following the roadmap companies have announced to launch 9 battery electric vehicles by 2024.

“Today we are announcing that by 2024, we will have a total of 9 battery-electric vehicles for sale across our entire range.” 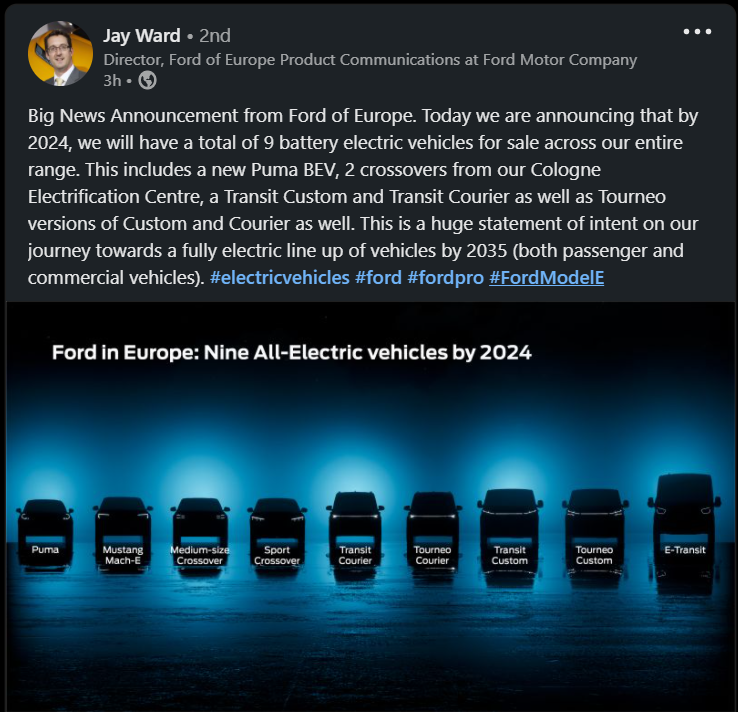 “Big News Announcement from Ford of Europe. Today we are announcing that by 2024, we will have a total of 9 battery-electric vehicles for sale across our entire range. This includes a new Puma BEV, 2 crossovers from our Cologne Electrification Centre, a Transit Custom and Transit Courier as well as Tourneo versions of Custom and Courier as well. This is a huge statement of intent on our journey towards a fully electric lineup of vehicles by 2035 (both passenger and commercial vehicles). #electricvehicles #ford #fordpro #FordModelE”

Following are the names of Ford’s upcoming 9 battery electric vehicles: