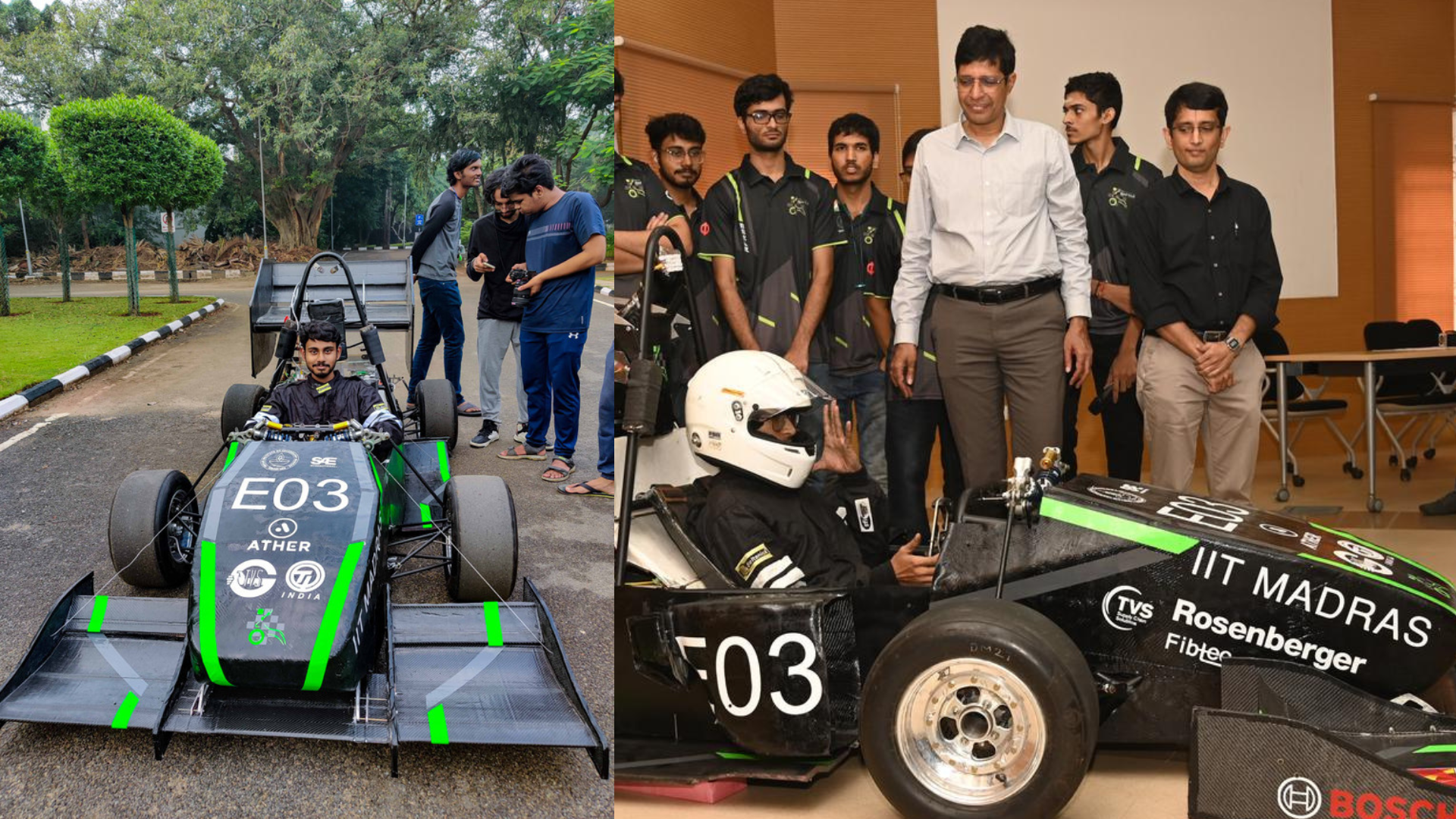 Students from the Indian Institute of Technology Madras (IIT Madras) launched the first electric formula racing car at an event on campus. The formula car, designated “RF23”, was entirely constructed by students as part of Team Raftar over the course and is the result of a year-long process, during which time they worked on its design, manufacture, and testing.

The additional power produced by an electric drive is expected to result in better performance in terms of speed and lap times when compared to the older Internal Combustion Engine model, according to the students.

The goal of Team Raftar is to become the Top Formula Student team globally. The students are essentially a research team with continuous innovation as their primary goal.

With constant innovation and sustainable technology advancement at its foundation, it seeks to advance the Formula Student culture in India. As a Formula Student Team, Raftar focuses on excelling at creating, assembling, and racing a high-performance race car each year to compete in Formula Student contests against the best engineering schools from around the world.

The students believe it is their responsibility to contribute to the advancement of transportation technology, with autonomous driving being the logical next step.

Team Raftar, one of the competition teams from IIT Madras’ Centre for Innovation (CFI), consists of 45 students from several disciplines. The team is looking forward to showcasing India on an international stage, promoting engineering best practices that are accepted in the industry, and developing engineering students’ practical technical skills.

Team Raftar also intends to construct its first autonomous race car by 2025 to compete in the “Driverless” division of the Formula Student contests.

After ‘RFR 23’ was unveiled, Professor V Kamakoti, director of IIT Madras, spoke at the launch event.

He said, “The switch from combustion to the electric vehicle was just as drastic as it was necessary, keeping with the global trend of moving towards sustainable transportation. The worldwide market for electric vehicles is still in its infancy, therefore there is enormous room for expansion and technological development.