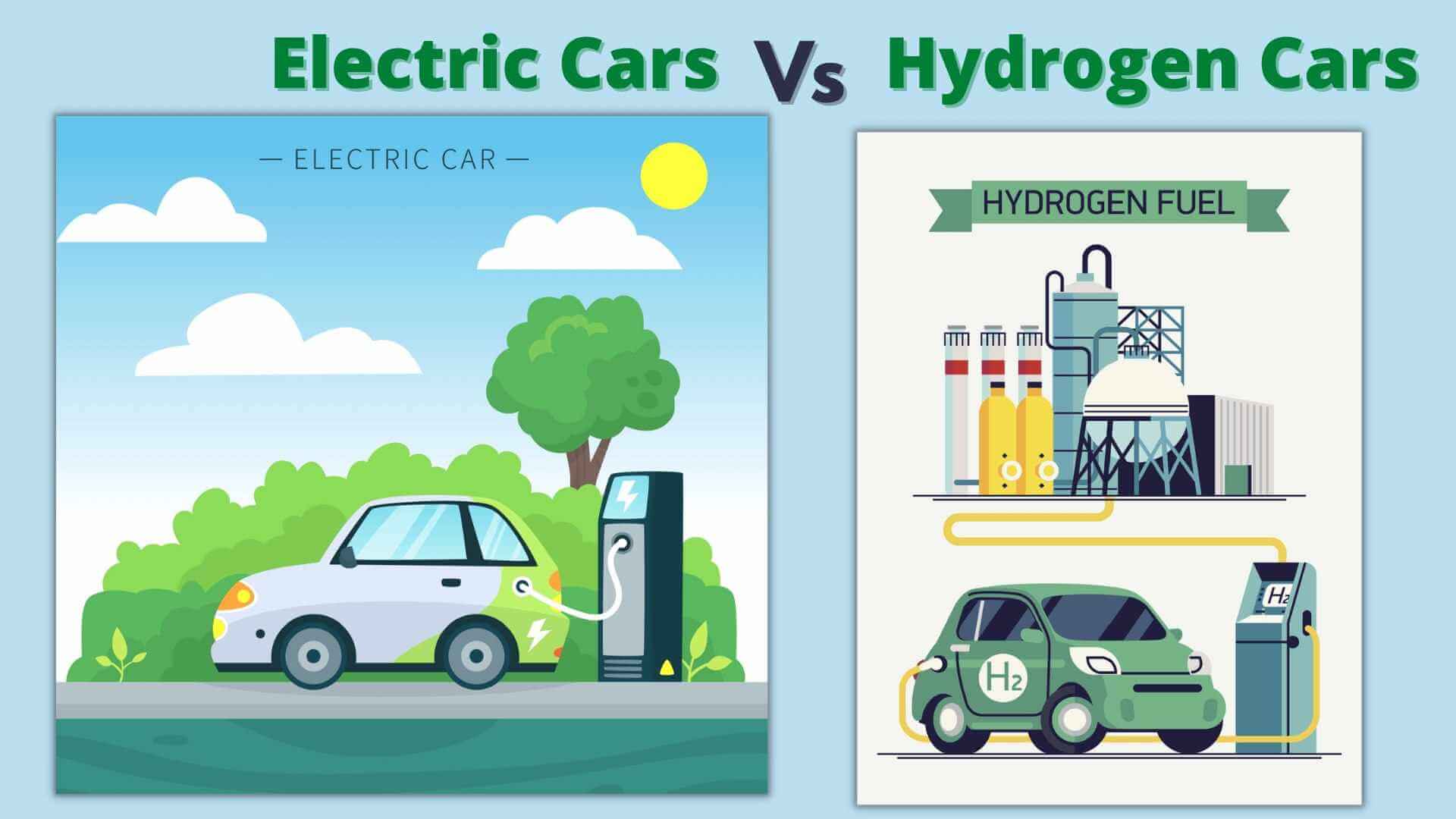 Hydrogen cars use hydrogen fuel for generating power whereas electric cars run by batteries. The hydrogen car and the electric car both are the very best inventions for an alternative to fuel cars. Both are useful and more efficient than normal fuel cars. Now let’s see what all difference we get to see in both the cars.

What is Electric Cars and Hydrogen Cars

How do they Work?

Which is More Sustainable

Both the cars have their own range of benefits. But if we see, hydrogen cars undergo chemical reactions which produce a by-product, methane, which is slightly harmful to the environment.

On the other hand, electric cars don’t produce any kind of chemicals because they totally run on batteries and no by-product as such is let out of the vehicle.

So in terms of environmental pollution, electric cars are more sustainable than hydrogen cars. Even if the methane cracking process is slightly improved or if they bring a better alternative to methane cracking, still there will be a little amount of chemical outlet from the vehicle. Even the water electrolysis process can be used for hydrogen cars.

Yet as technology is changing its face day by day I think there will be more improvement in both the cars in their required field of improvement.

Even the power generating capacity is more than normal fuel cars. More efficiency can be seen in hydrogen cars as compared to fuel cars.

Electric cars are one of the best inventions in today’s time for smooth transportation without the emission of carbon and other harmful gases. They run on batteries and do not cause any harm to the environment. It is 100% environmentally safe.

In addition, they have compressed batteries which are a space-saving element in electric cars.

Methane gas is produced during the conversion of chemical energy to mechanical energy. Methane gas is flammable and it catches fire easily. So there is a high risk of the car set on fire immediately if there is any default in the vehicle or if the car meets an accident. Also, hydrogen is expensive in terms of transportation.

Electric cars run on batteries so they need to be recharged frequently. To get them recharged we need power stations. There are fewer power stations as compared to petrol stations. Also to build one power station we require more money and to find an area to build it is more difficult. Also, the cost of the vehicle is not affordable for most people.

So if we compare both the cars, the pros are considered the same as the cons. Hydrogen cars can be refilled from empty to full within a short range of time but electric cars take more time to get recharged – so hydrogen cars are better than electric cars.

The range of these two cars is the most difficult to tell as it depends on many factors like the number of passengers, if the air-conditioning is on/off, the condition of the road it is travelling on, whether it is a long straight road or from the bumper Full road.

But hydrogen cars are dense enough to store energy so that they can easily travel long distances. Electric cars can cover 100 to 200 miles in one go but hydrogen cars cover 300 miles.

Hydrogen cars and electric cars are both the best inventions/alternative for fuel cars. But whatever comes with it has its advantages and disadvantages.

But if we look from an environmental point of view, electric cars are much better than hydrogen cars. Because they are proven to be 100% environment safe without the release of harmful chemicals and they also serve to keep our surroundings clean and hygienic.