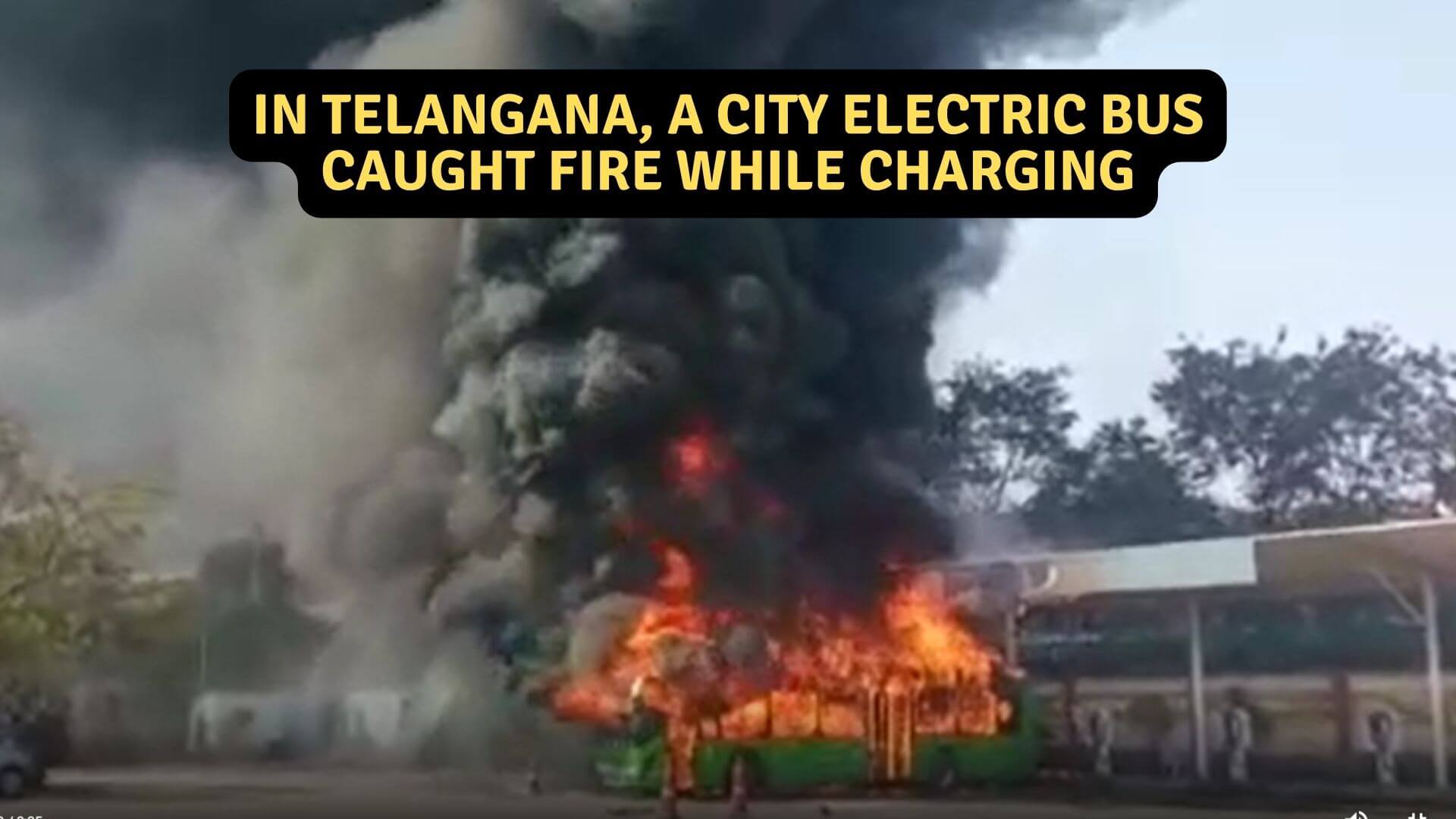 Telangana: An electric bus from Telangana State Road Transport Corporation (TSRTC) caught fire while it was in charge. at the Cantonment depot, on Tuesday afternoon. It is suspected that this incident happened due to a short circuit in the battery.

There were no casualties in the incident. The police suspect that the fire broke out due to a short circuit. (Source- Times of India)

Police said the incident took place at 2 pm (Tuesday), when a bus from the Cantonment Depot and which runs between Jubilee Bus Station and Rajiv Gandhi International Airport, was standing for an hour to charge passengers after they disembarked. The bus reportedly caught fire and the RTC staff informed the fire brigade and police.

“We suspect a short circuit in the battery could have led to the fire,” a TSRTC official said.