The world’s biggest electric car seller, Build Your Dream (BYD), which is backed by Warren Buffet himself, came to India in 2017 with his BYD E6 model, in India since 2021, which is sold specifically to commercial bus operators for their work, but this ATTO 3 will be available for common people too. This new electric beast has many features, including a very high-quality interior, advanced and safer technology in their new type of lithium-ion battery, and AC and DC charging capabilities. BYD has sold 400+ units in India since the 2021 of E6 model. It came a few years back, but its company has been working in China since 1995. The BYD has an assembly unit in Sriperumbudur, near Chennai, where this whole vehicle gets assembled and sent to all parts of India Now BYD Plan to launch its BYD  Atto 3 Electric SUV  During the Festive Season in India. 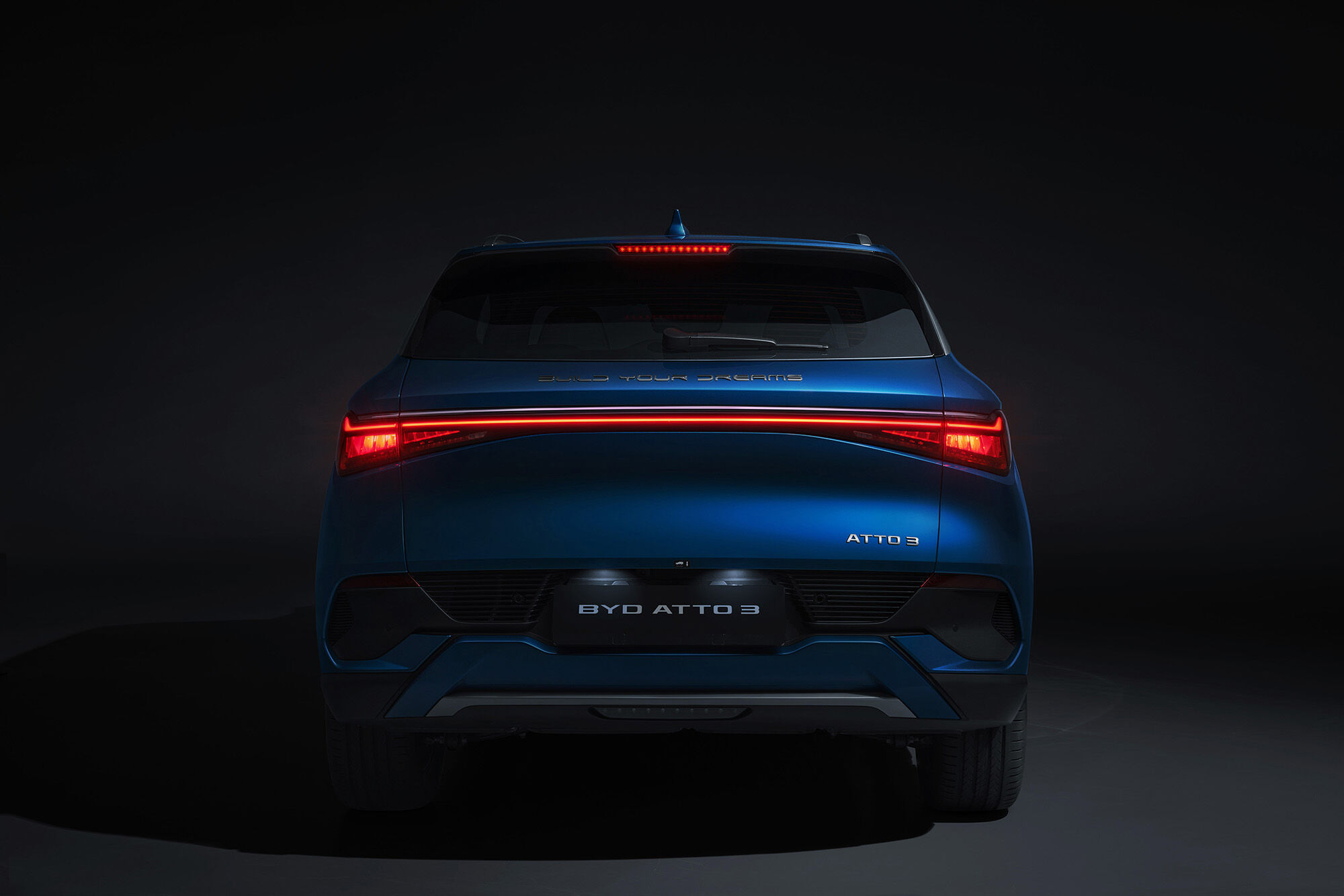 BYD has a permanent magnet synchronous motor that generates 204hp (150kw) and 310Nm (228 Ib ft) of max torque engine which make this vehicle a beast in an electric vehicle among its competitor the amount of power it generates can take 0-100 in 7.3 sec. due to this exciting power and promising performance, BYD can give 8yrs or 15 lakhs kilometres of warranty in this model too.

BYD has a powerful Sharp blade thick and hard lithium ion phosphate battery with two battery variants: 49.9KWH for standard and 60.48KWH for premium, both with a 7-year warranty. And you can charge with an AC or DC charger up to 80W at home or at a charging station or at the office. You can use it to reserve battery backup like a generator.

BYD has its own operating system called D-Link that they use there. Two digital smart displays, a 12.8″ rotating infotainment system with DAB radio and Bluetooth on the dashboard and a 5″ driver’s digital instrumental cluster above the steering wheel, have control of all the cameras, including the forward-facing dash cam, horns, speakers, and all the electric equipment installed on it. The dashboard has a beastly athletic design which is engraved like a muscle. So it has beastly looks and is strong from the outside and inside.

BYD’s ATTO has a double variant, classic blue and white interior with some red highlighters too. It has approx. eight speakers in all the vehicles, even on doors and at the door, it has a very stylish door opener from the inside, which is very unique and one of a kind. 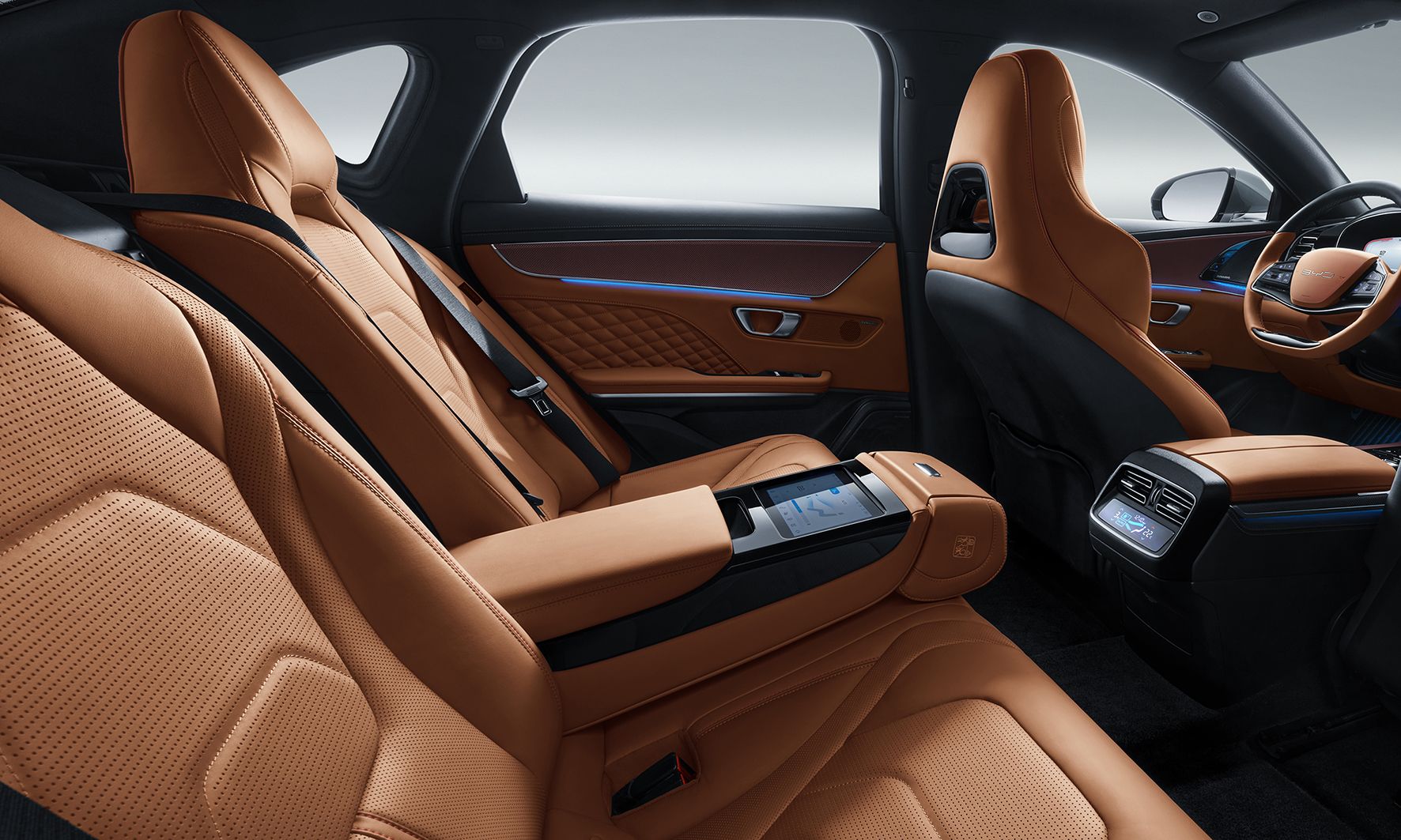 This vehicle is truly massive as it is so spacious that people who are 6 ft tall can sit properly and still have space above their heads and they can keep their legs easily without putting too much pressure on their knees. Backseats also have the same thick mixed leather finish, which makes them very comfy and durable. This has a special musical kind of strings at its doors and if you play it, it will literally play soft music. Which I have never seen before. This can keep lots of people engaged while they choose to travel in this electric vehicle.