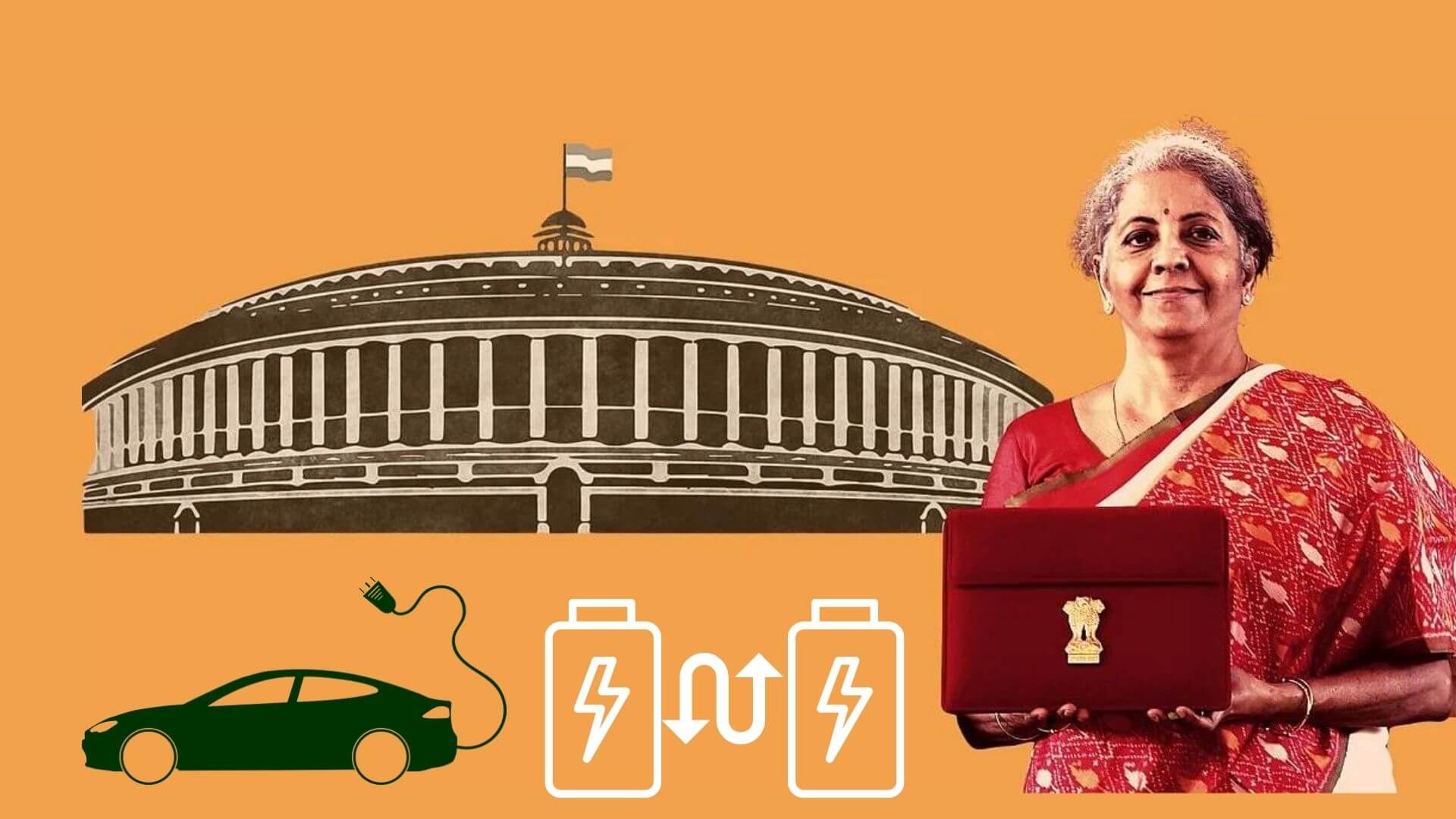 To promote the growth of EV Industries in India, she stated that the center will plan to adopt a fresh policy for the swapping of electric batteries which would tremendously encourage the population to adopt Electric Vehicles.

She stated, “For setting up battery stations at scale a battery swapping policy will be brought out and interoperability standards will be formulated”.

Furthermore, Sitharaman added that there will be a holistic focus towards the growth and expansion of EV Infrastructure across India, with more installations of EV charging ports that would enable the people to switch to the electric mode of travel without worrying about the drainage of battery.

The Minister then supplemented it by saying “The private sector will be encouraged to create sustainable and innovative business models for battery and energy as a service, improving the efficiency of the EV Ecosystem”.

During this budget session in the Parliament, Sitharaman hinted that soon the country will have some areas or regions that would be prohibited for people with ICE vehicles. This statement alone by her gives a strong clue that the government is planning to boost the EV Industry tremendously in the Financial Year 2022.

Further in her speech in the Parliament, Sitharaman added “To promote a shift to the use of Public Transport in urban areas, special mobility zones with zero fossil fuels policy to be introduced”

Sitharaman in her speech for the year ‘22-’23 stated how the center is planning to cope with the problem of less vacant space in urban areas. To quote the finance minister, “Considering the constraint of Space in Urban areas for setting up charging stations, battery swapping policy will be brought out and interoperability standards will be formalized”.

Battery swapping, a method in which an exhausted battery is replaced with a fully charged battery, is the easiest way to charge electric vehicles within minutes. Battery swapping is a potential solution for range anxiety, lower vehicle costs, and efficient charging systems.

It also addresses the recurring Capex challenge of purchasing new battery packs and the economic viability of operating electric vehicles.