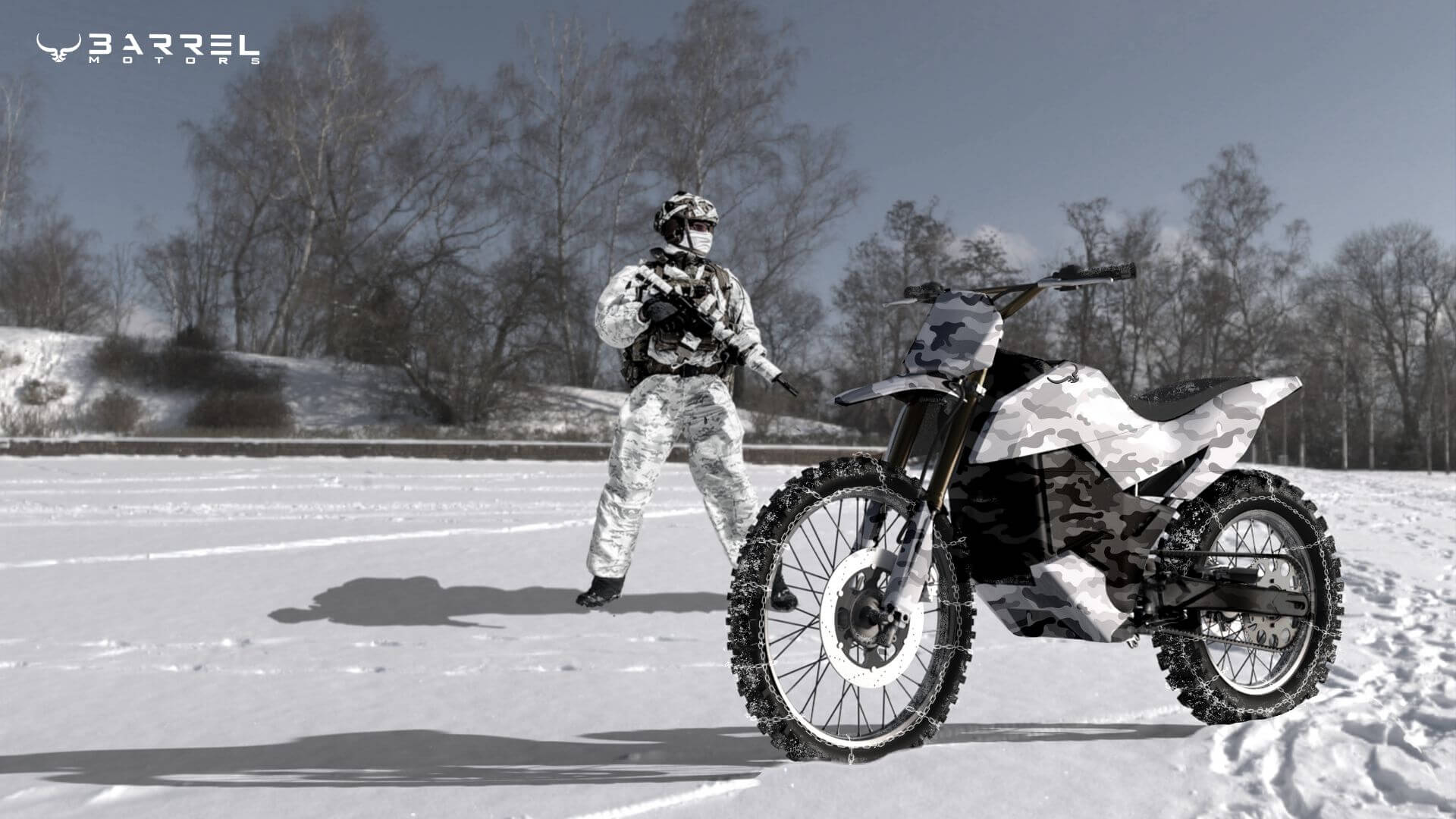 This article covers all the details of a conversation with the company’s founder, Mr. Giridhar Sundararajan about the first made-in-India dual sports electric motorcycle – the Veloc-e and its story.

The Electric vehicles that have been launched so far have predominantly been scooters and last-mile fleet vehicles. There is a huge void in the market where there has not been any high-performance electric motorcycle that caters to the youth and passionate bikers.

This is exactly what Barrel Motors is trying to address with its long-standing association with the racing community.

The story of how it began!

Barrel Exhaust was founded by Giridhar Soundararajan in 2014 after quitting his job at Hewlett Packard as a Global Analytics Consultant.

His passion for automobiles drove him to start Barrel Exhaust as a premium two-wheeler accessories manufacturer. Initially, the resources were low and the company had to be operated from the car for the first 8 months.

Then the popularity of Barrel Exhaust grew as it was considered the most trusted brand by its customers and sales grew from local to national and international by 2018.

Why now electric from exhaust?

The founder was concerned about the growing traffic jams and the issues resulting from them and wanted to solve them. Traffic jams are a major concern in tier 1 cities that are getting more and more populated and an increase in the number of personal cars on roads.

The traffic jams were mainly because of too many single-occupant cars on the road. The roads could not be widened but the number of cars could be reduced. So Barrel Motors was formed to build smaller and smarter electric vehicles that would make them so exciting to ride/drive that the cars will be rarely used. Barrel Motors is now developing vehicles that not only look mind-blowing but also perform better than most. 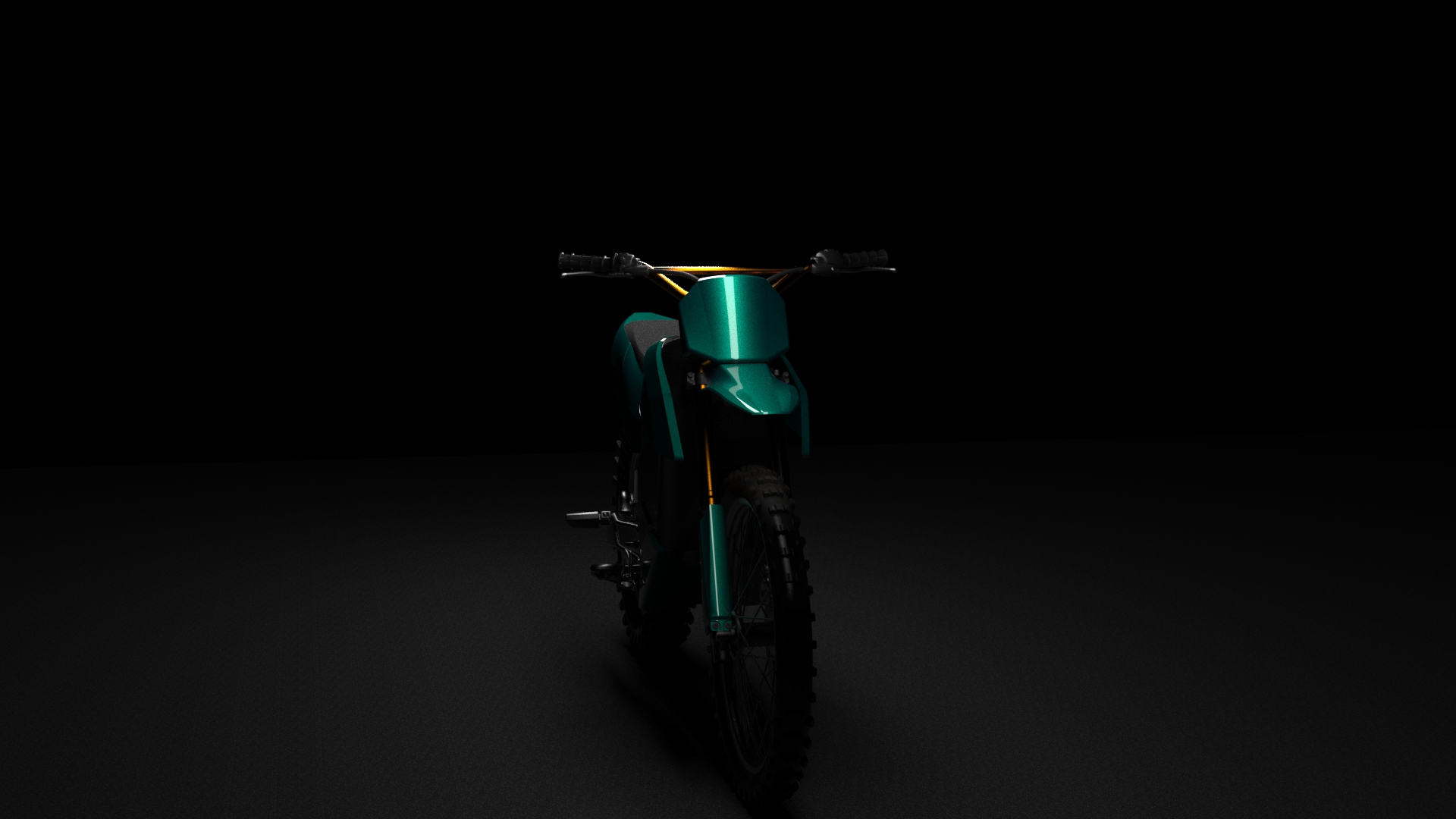 Veloc-E is a name inspired by the most famous of the dinosaurs which are known for speed, agility, and strength. These are the characters that inspired us to design the motorcycle. 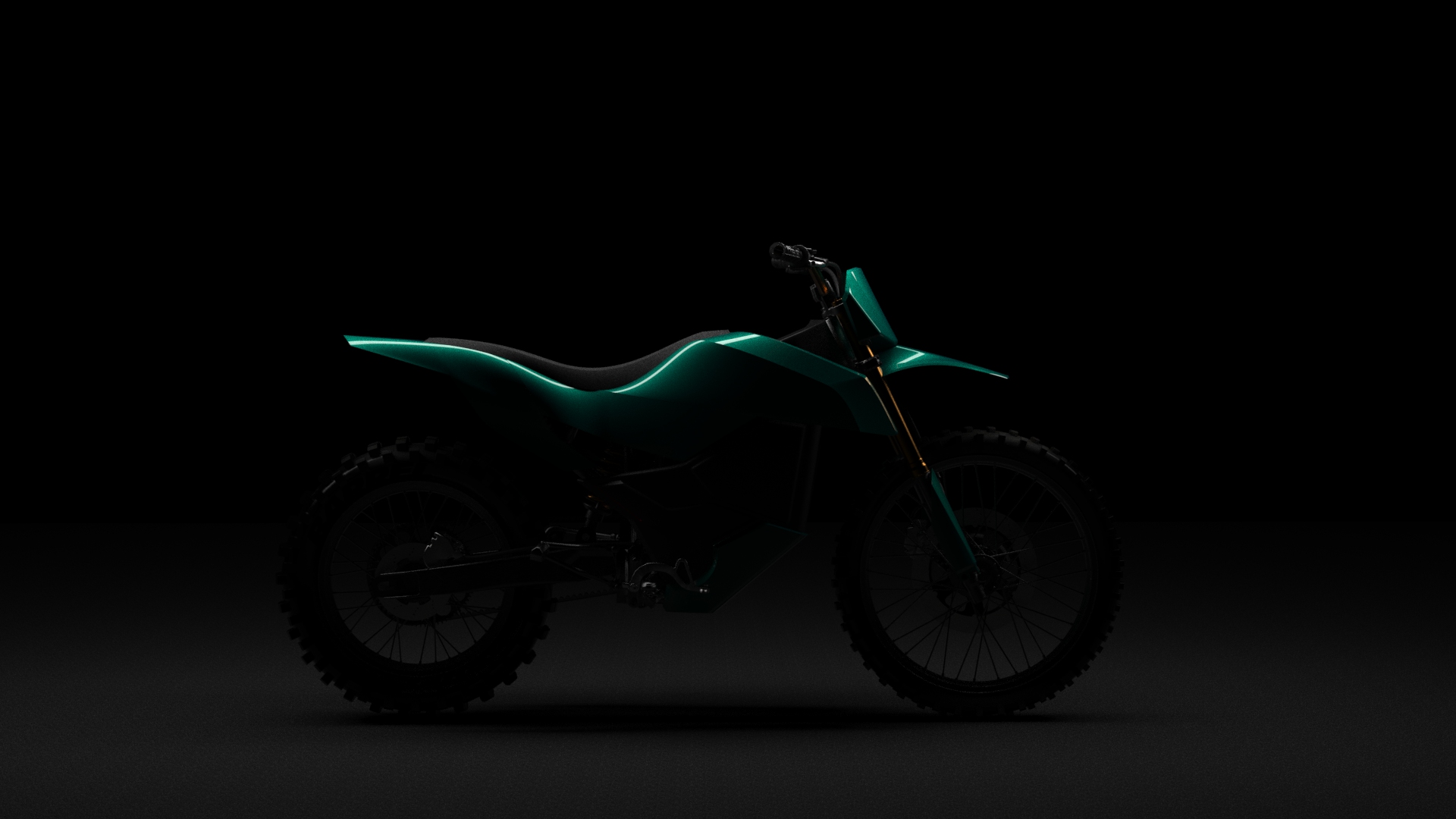 The company is building the Veloc-e Electric motorcycle to be fast, agile, and strong and the effort is to make the ride feel that the soul of the Velociraptor is trapped in the motorcycle.

At Barrel motor, we love speed and performance. Barrel Exhaust ever since its inception has been supporting racers and sponsoring racing events because of the love for speed. The team didn’t want to build a scooter or any slow-moving two-wheeler like most available in the market. At Barrel we want to be ahead in terms of performance and exclusive in terms of design. 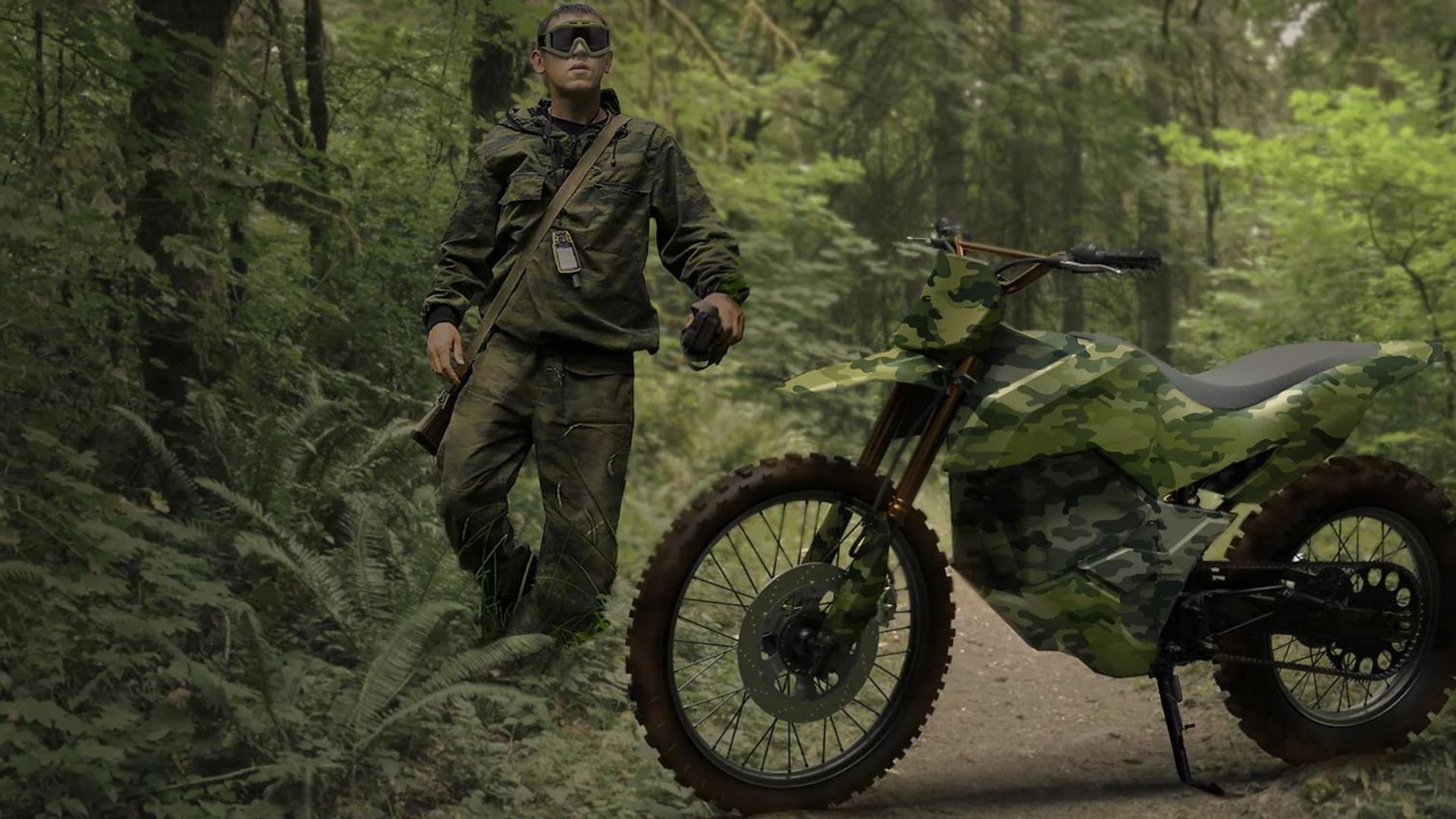 The Veloc-e is built to tackle bad roads easily and since most of the streets in India are not up to the mark yet, the need for a bike that makes riding comfortable is at its highest now.

Veloc-e is a Dual Sport adventure electric motorcycle, meaning that it will be capable of handling extreme terrains and also be able to switch to street use. The range is expected to be upwards of 120 km (Kilometres per recharge) with more than 2 riding modes electronically switchable.

There are utility and tech patents that are being filed now which will make Veloc-e stand as a differentiator in the market. The segment of high-performance motorcycles hardly has many players and Barrel Motors is the first in the dual-sport motorcycle segment. The adventure bike category has been consistently growing for a decade.

Barrel Motors raised an undisclosed amount in its Angel round last Nov 2022 from Serial entrepreneurs and seasoned angel investors. Currently, with the working prototype completed as part of milestone 1, Barrel Motors is looking to raise the seed round.

The Company is looking at launching the Dual-Sport Veloc-e Electric Motorcycle by mid of 2024 and booking shall open early the same year. the company wants to put the motorcycle through rigorous testing and ensure it is not just high performance but also has a high degree of safety and reliability.

The technical specifications currently are not revealed as the R&D is underway to improve the performance to a significant margin compared to what is already available.

“Though we believe in underpromising and delivering delight, we would like to keep the numbers unrevealed for the time being.”

Pre-booking has been open on the official barrel motors website now so people can get ahead in the queue when it comes to delivery. 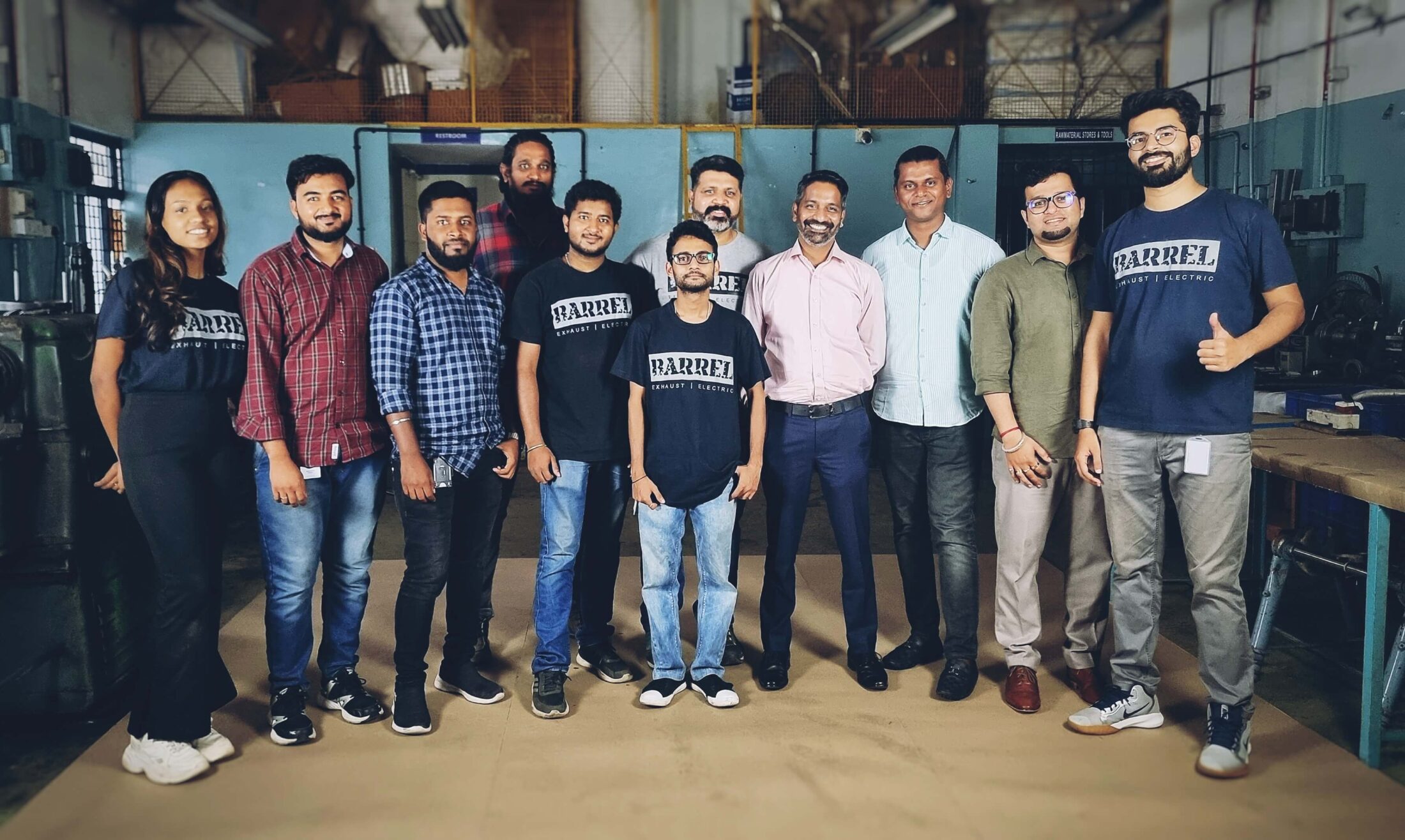 At Barrel we want to make sure that at least 90% of the motorcycle is made in India with locally built components. Except for a few components (where the raw materials are unavailable in India) we have made and will be building strategic partnerships with Indian companies.

This is not just to be eligible for Govt subsidies but also to bring in more reliability for the parts that are being used in the motorcycle. We also aim to explore foreign markets where there is so much untapped potential.