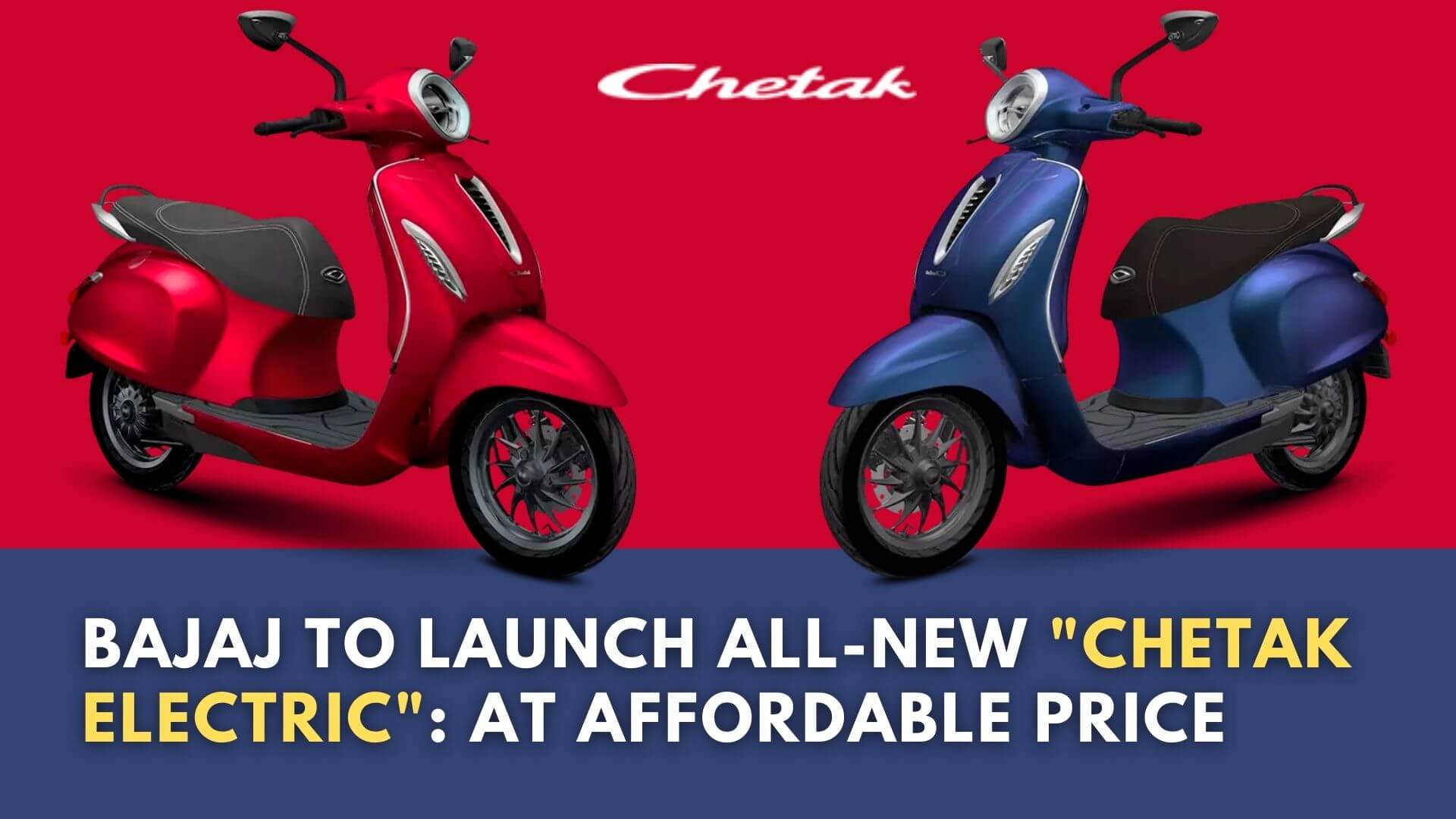 Bajaj Auto has revealed its Electric Vehicle (EV) plan under which it will bring a new electric ‘Chetak’ for the next 3 to 5 years, clearly indicating its intention to dominate India’s electric 2-wheeler market.

This was recently revealed by Rajiv Bajaj, MD, Bajaj Auto, who claimed that the brand cannot stay out of the EV party and that it would be “cheaper to be wrong than to be late.”

Bajaj Auto Ltd has revealed an electric vehicle (EV) plan under which it will be bringing out a new ‘Chetak’ for the next 3 to 5 years.

Being set up at an initial investment of Rs. 300 crores, the new electric facility will be ready by June for assembly and will make 2.5 lakh EVs per annum, while its capacity can be expanded to 5 lakh units a year based on demand.

Rajiv Bajaj, MD, Bajaj Auto Ltd said “Chetak will be the mother brand for 2-wheeler EVs” made by Bajaj Auto. He additionally said the company will introduce “A Chetak a year for the next 3,4,5 years for sure,” while the current model will also be “renewed in time”.

Since “EVs are not profitable at the moment and they will not be so for some time to come,” Rajiv Bajaj says the 2-wheeler maker is “not looking at EVs as mass market right now.”