Apple is working on its electric car project called “Project Titan” which is for “Electric Vehicle”. We are seeing a lot about Apple’s upcoming electric car and also rumors about Apple trying to buy Tesla and now, Apple is ready to launch its own (Made & Design) by Apple Car.

The name was given to the project internally as Project Titan and it is expected to be a completely Apple-designed vehicle with full software integration with their ecosystem.

Also, Apple is not working on a regular car but there are going to be a lot of new features in this electric car. Let’s see what are the features of Apple’s upcoming electric car?

1. Apple Ecosystem: As soon as you are close to the car, it will automatically unlock along with your iPhone. once you are inside, Siri will talk to you and let you complete commands like playing music or turning on the AC, etc.

2. Apple Car: Apple is working on this project for so long and meeting with different manufacturers to develop a battery but no confirmation yet. Keeping in mind its Apple and their expectations, the car will have a minimum range of 1000 km and still be built on recyclable materials.

3. Autonomous Driving – We expect Apple to follow Tesla which is the current market leader and focus on lidar-based autonomous driving capabilities, where CEO Tim Cook acknowledged that Apple was already in 2017 and then Was testing self-driving works in 2021. 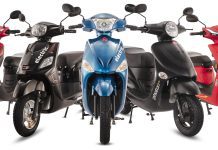