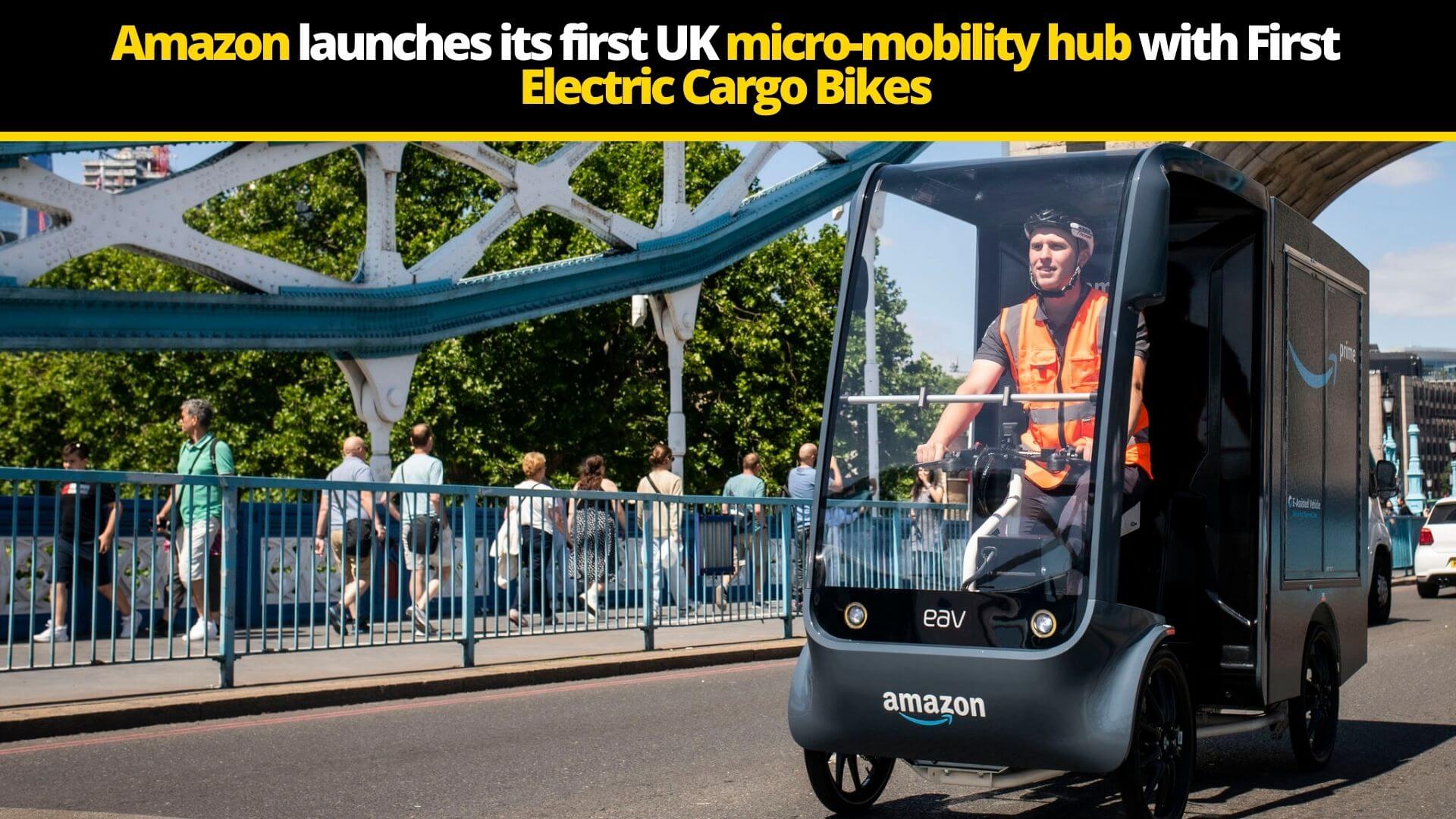 Amazon has announced the launch of its first UK micro-mobility hub for more sustainable delivery in central London. The e-cargo bikes and walkers from the new hub, along with Amazon’s electric fleet already on London’s streets, will make over five million deliveries a year in more than 10% of London’s ultra-low emission zones.

Working with the London Borough of Hackney, Amazon built this new hub with plans to deliver over one million customer deliveries each year, with millions of deliveries already being completed by electric vans. The new fleet of e-cargo bikes and walkers will directly replace the thousands of traditional van trips on London’s streets and reduce traffic congestion.

Amazon has more than 1,000 electric delivery vans on the road in the UK, and last year the company helped deliver more than 45 million packages. Its fleet of zero-emissions vehicles will further expand as more e-cargo delivery hubs are expected to launch across the UK in the coming months. Also, the company has unveiled plans to begin large-scale solar panel installation at facilities located in Manchester, Colville, Haddock, Bristol, and Milton Keynes before the end of this year, to help power those facilities with renewable energy Can you Amazon will double the number of on-site solar power projects in the UK by 2024.

“Our new e-cargo bikes, walkers, and growing electric vehicle delivery fleet will help us drive more zero-emissions customer deliveries in London and the UK than ever before.” John Bomfrey UK Country Manager, Amazon