Electric car batteries are distinguished by their high power-to-weight ratio, specific energy, and energy density. Smaller, lighter batteries are preferred since they lower vehicle weight and hence increase performance. Most contemporary battery technologies have lower specific energy than liquid fuels, which has an impact on the cars’ maximum all-electric range.

Why lithium-ion Battery is used in EV at Large Scale

Because of their high energy density compared to their weight. Lithium-ion and lithium polymer batteries are the most prevalent battery types in modern electric vehicles. Lead-acid (“flooded,” “deep-cycle,” and “valve-controlled lead-acid”), nickel-cadmium, nickel-metal hydride. And less commonly, zinc-air, and sodium nickel chloride (“zebra”) batteries are among the other types of rechargeable batteries used in electric cars.

The total energy stored in batteries is commonly measured in kilowatt-hours, with the amount of electricity i.e., electric charge measured in ampere-hours or coulombs.

The Battery Electric Vehicle ( BEV) and hybrid electric vehicle markets have reaped the benefits of these performance and energy density improvements. Lithium-ion batteries, unlike earlier battery chemistries such as nickel-cadmium, can be discharged and recharged on a regular basis and at any level of charge.

The battery pack accounts for a large portion of the cost of a BEV or HEV. On a per-kilowatt-hour basis, the cost of electric-vehicle batteries has dropped by 87 percent since 2010. Vehicles having a range of more than 250 miles (400 kilometers), such as the Tesla Model S, have been commercialized and are now available in a variety of vehicle sectors as of 2018.

In terms of operational expenses, the cost of electricity to power a BEV is a fraction of the cost of fuel for comparable internal combustion engines, indicating greater energy efficiency.

Originally, lithium-ion batteries were developed and commercialized for use in laptops and consumer gadgets. They have become the most popular battery type for usage in electric vehicles due to their high energy density and long cycle life. A lithium cobalt oxide cathode and graphite anode, first demonstrated by N. Godshall in 1979. And later by John Goodenough and Akira Yoshino, was the first commercialized lithium-ion chemistry.

The Traditional lithium-ion batteries represent a fire safety risk if pierced or charged improperly due to the volatile organic electrolytes, the presence of highly oxidized metal oxides, and the thermal instability of the anode SEI layer.

Read More: How to keep Lithium-ion Battery Healthy and Safe for long life

Because these early cells did not take or give charge when extremely cold, heaters may be required to reheat them in some locations. This technology has a modest level of maturity. A modified version of regular lithium-ion “laptop battery” cells were utilized in the Tesla Roadster (2008) and other Tesla automobiles.

New variants of lithium-ion chemistry are being used in recent EVs to enhance fire resistance, environmental friendliness, rapid charging (as little as a few minutes), and longer lifespans by sacrificing specific energy and specific power.

These varieties (phosphates, titanates, spinels, and so on) have been demonstrated to have a substantially longer lifetime, with A123 lithium iron phosphate batteries surviving at least 10 years and 7000 charge/discharge cycles, and LG Chem lithium-manganese spinel batteries expected to last up to 40 years.

According to new research, heat and fast charging accelerate the degradation of Li-ion batteries more than age and real use, with the typical electric vehicle battery retaining 90% of its initial capacity after 6 years and 6 months of operation.

To compete with gasoline cars, battery professor Poul Norby predicted in 2010 that lithium batteries would need to quadruple their specific energy and drop in price from US$500 to US$100 per kWh capacity. According to Citigroup, the cost of a kWh is $US230.

According to US Secretary of Energy Steven Chu, the price of a 40-mile range battery will drop from $12,000 in 2008 to $3,600 in 2015, and then to $1,500 by 2020. Specific energies of lithium-ion, lithium-polymer, aluminum-air, and zinc-air batteries have been proved to be high enough to provide range and recharge periods equivalent to conventional fossil-fueled vehicles.

The raw materials phase, battery manufacture, operation phase, and end-of-life management phase are the four stages of the lithium-based EV battery lifetime. Rare earth elements are mined in many locations across the globe.

The battery manufacturing businesses take over these materials after they have been improved by pre-processing factories and begin producing batteries and assembling them into packs. These battery packs are subsequently shipped to automobile manufacturers for incorporation into electric vehicles. If no management is in place at the end of the process, precious materials in the batteries may be wasted.

The goal of a successful end-of-life management phase is to complete the circle. Depending on the status of the batteries, they will either be utilized as stationary storage or recycled (SOH).

Because the battery lifecycle is so long, it necessitates tight collaboration between businesses and governments. The raw materials phase, as well as the battery manufacturing and operating phases, are well established at this time. Because of economics, the end-of-life management phase, particularly the recycling process, has struggled to grow. In Australia, for example, just 6% of lithium-ion batteries were collected for recycling in 2017–2018.

However, it is critical to complete the loop. Recycling EV batteries have the potential to optimize the environmental advantage, not just because of a forecast tightening supply of nickel, cobalt, and lithium in the future. Lithium, cobalt, and nickel reserves will reach or exceed known reserves in the future, according to Xu et al., if recycling is not implemented. Ciez and Whitacre discovered that some greenhouse gas (GHG) emissions from mining might be eliminated by implementing battery recycling.

Because lithium-ion batteries have a better energy density than lead-acid or nickel-metal hydride batteries, they can be smaller while yet storing the same amount of data. Nissan’s Lithium-ion battery technology makes use of materials that store lithium ions at a higher density. As a result, the journey distance is lengthened.

Lithium-ion batteries have a good high-temperature performance, a high power-to-weight ratio, and high energy efficiency. In fact, this implies that the batteries can store a lot of energy for their weight, which is important for electric cars because lighter cars can drive further on a single charge.

Lithium-ion batteries have a high power-to-weight ratio, are highly energy-efficient, and work well at high temperatures. In reality, this means that the batteries can store a lot of energy for their weight, which is critical for electric vehicles because less weight means the vehicle can drive further on a single charge.

Lithium-ion batteries also have a low “self-discharge” rate, which means they keep a full charge longer than other batteries.

Furthermore, most of the lithium-ion battery parts are reusable as well as making these batteries is an environmentally friendly option. Apart from this, Lithium is a vital component of the rechargeable batteries that power electric vehicles.

It can be found as a solid mineral in rock and clay deposits, as well as dissolved in brine. This energy revolution relies heavily on lithium. Lithium-ion batteries are used to power electric cars and to store electricity at the grid level.

Carbon or graphite, metal oxides, and lithium salts are used to make lithium-ion batteries. The positive and negative electrodes are made up of these elements, which when mixed with the electrolyte create an electric current that allows the battery to power the EVs.

The Top largest Producer of Lithium in the world 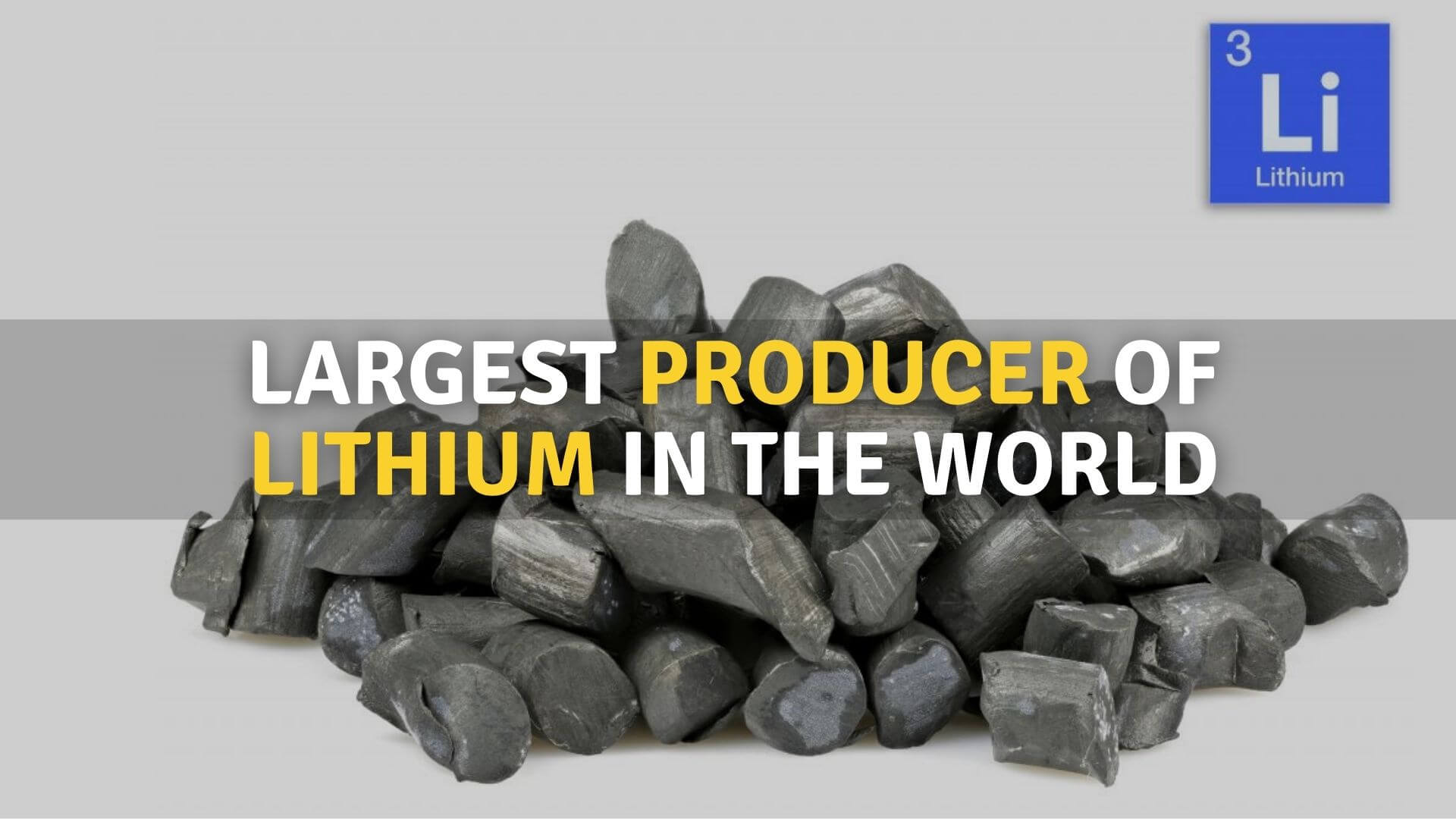 Chile, which is part of the powerful lithium triangle that also includes Argentina and Bolivia, has the world’s third greatest lithium resource and is the second-largest producer. Chile’s annual output is around 18,000 tonnes, despite its estimated reserves of around 9 million tonnes (as of 2019).

Argentina is the world’s fourth-largest lithium producer and also has the world’s second-largest lithium deposit (the largest being Bolivia with an estimated 21 million tons of data). Political instability and a lack of adequate industrial infrastructure, however, have prevented Argentina from being the world’s leading producer.

EV manufacturers such as Tesla are currently attempting to ensure that the country’s lithium needs, notably in the EV industry, are covered through domestic sourcing. According to CNBC, the United States is facing a lithium battery scarcity in the near future, with local manufacturers ramping up manufacturing. 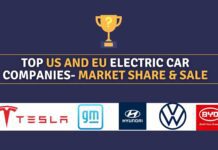 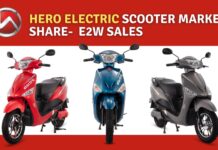 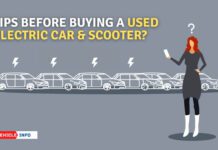 One of the main reasons behind this is the high cost of electric vehicles. Union Minister for Road Transport and Highways Nitin Gadkari has...
Read more
EV News