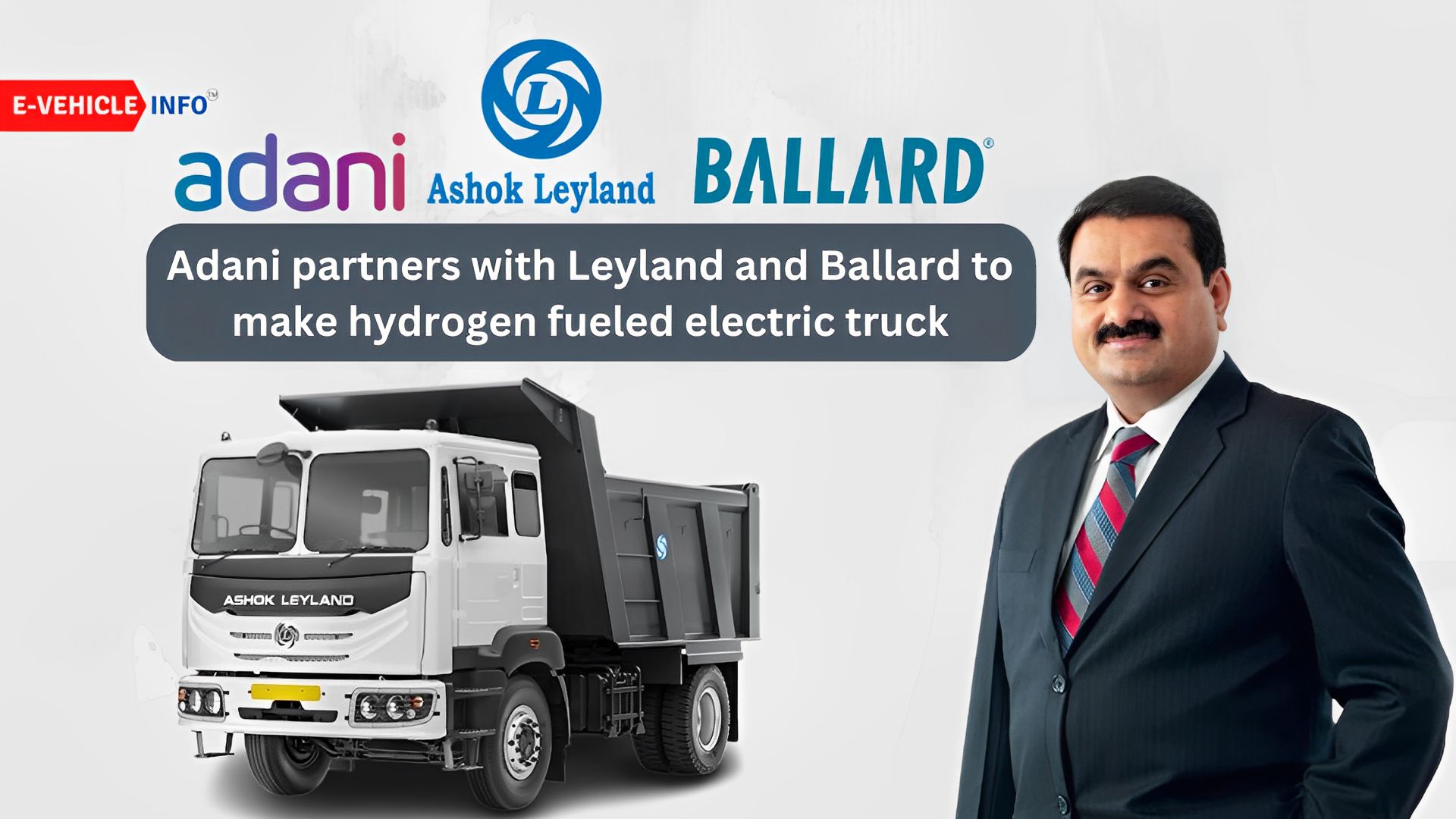 Adani collaborates with Leyland and Ballard to create an electric truck powered by hydrogen in India this year itself.

Adani Enterprises Limited (AEL), the Indian company, announced on Tuesday that it has signed a contract with Ashok Leyland and Ballard Power, a Canadian company, to start a pilot project to create a hydrogen fuel cell electric truck (FCET) for the logistics and transportation of mining operations.

The Adani Group’s flagship company announced in a release that the fuel-cell electric truck would be introduced in India in 2023.

Electrolysis is a process that splits water with electricity and produces hydrogen, which can be used as fuel. The substance is known as green hydrogen if the electrolyzers that are the machinery that accomplishes this, are driven by renewable energy.

The Adani Group which is headed by Asia’s richest man Gautam Adani intends to invest more than $50 billion over the next ten years in green hydrogen and related ecosystems which have a capacity of up to 3 million tonnes of green hydrogen per year, according to Adani Enterprises Limited.

Adani has also partnered with the French energy business Total Energies as part of a contract to establish a new green hydrogen project in India.