Why Choose EVs? “Electric Vehicles help with better air quality, reduced noise pollution, enhanced energy security and in combination with a low carbon power generation mix, reduced greenhouse gas emissions.” Electric vehicles play a key role in the global net-zero Emissions race.  Here are the 5 surprising facts about electric cars that you might not know before-

Here are the top 5 surprising facts you should know if you are an EV enthusiast.

Electric cars are quieter than their internal combustion engine counterparts. The new rule requires all newly manufactured electric vehicles to make an audible noise during driving.
New electric vehicles in the European Union should have a special speaker from July to make them sound like traditional engines. A faked speaker will be used for pedestrians and cyclists to listen to the electric car and give them a side/route to go.

Soon the Electric Car will Charge while Driving 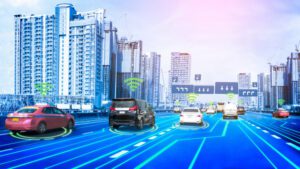 Dynamic charging involves under-road pads that, for some larger vehicles, wirelessly deliver power to the receivers under the car. in near future, EVs will be charged while driving on road.

Various countries are testing ‘induction lanes’ that transfer energy to ‘receptor coils’ in cars. Sweden is building a 1.6 km induction route for the electric bus. It will supply electricity to shuttling electric buses and trucks between the airport and the center of Visby.

There are 10 million electric cars on the roads which is currently just 0.7% of the global fleet. By 2030, this figure can be 7% or even more.

Despite total car sales falling 6% in the epidemic. Electric car sales are now 4.6%. According to a report by the International Energy Agency (IEA). Electric cars made up 4.6% of overall car sales in 2020.

Norway is the World leader in Electric Cars

In 2020, 54% of all new cars in Norway were fully battery-powered, making it the first country where all electricals mix petrol, diesel, and hybrid cars.

Currently, Norway dominates the global race for EV adoption with the highest per capita all-electric (battery only) cars in the world – a country of just over five million people, with more than 100,000.