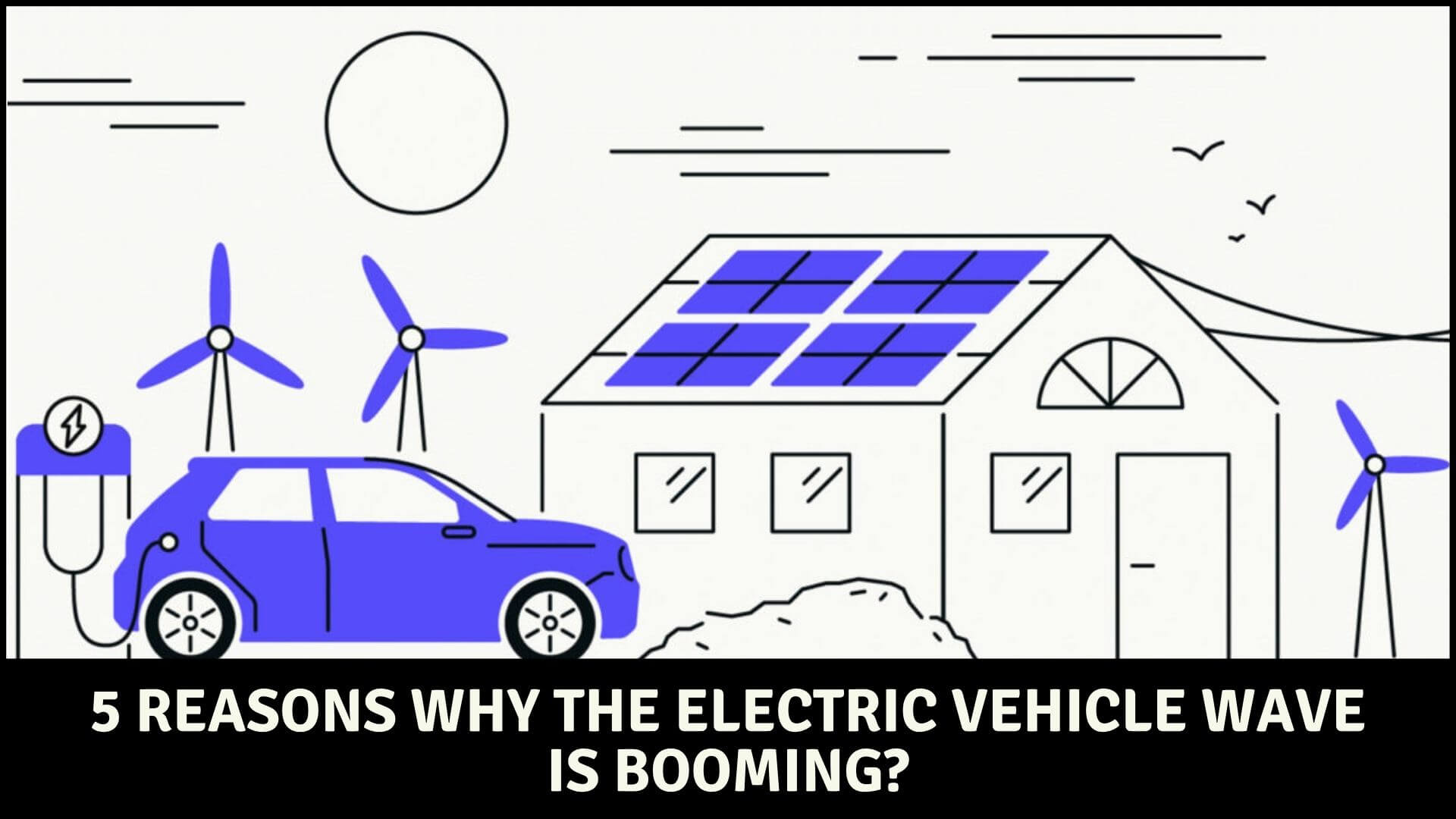 The electric vehicle market in the world has seen rapid growth in the past few years and with more than 10 million electric cars on the road, the sales of electric cars have grown by 40% as compared to 2019. To add, electric cars account for 4.6% of total car sales worldwide.

The biggest growth in EVs in 2020 was seen in Europe, where registrations more than doubled, making it the world’s leading electric market, followed by China and the United States.

The flexibility seen in EV sales depends on various factors including supportive regulatory framework, expansion in EV model and falling battery cost, additional incentives, and others.

5 Reasons Why the Electric Vehicle Wave is Booming

In this article, we discuss the various factors supporting the electric vehicle wave on a global scale.

According to Bloomberg New Energy Finance, the price of lithium-ion batteries, which are used to power most electric vehicles, declined 87% from 2010 to 2019, and prices are expected to fall below USD 2024.

Add to this, a drop in prices can be due to various reasons such as economies of scale, new innovations in manufacturing, cut-throat competition in the battery industry, and others. These falling battery prices will result in cheaper electric vehicles and make them cost-competitive with fossil-fuel-powered vehicles in the future.

Strong policy support plays a key role in the resilience seen in the EV markets. According to the IEA, more than 20 countries have electrification targets or ice restrictions for cars, including emerging economies such as Costa Rica, Cabo Verde, and Sri Lanka.

Additionally, as of April 2021, 70 subnational and city governments had announced 100% zero-emissions vehicle targets. To add, the policy push by the government is followed by the aggressive investment by many OEMs in electric vehicles. Of the 20 largest OEMs, 18 have announced their intention to ramp up the production of electric LDVs and increase the number of models available.

The IPCC report released in 2021 states that human activities are causing unprecedented and irreversible climate change that threatens the livelihoods and well-being of the people.

It has been observed that transport is one of the biggest sources of climate pollution and hence there is a need to switch towards more sustainable and clean modes of vehicles.

Emissions from the transportation sector not only affect the planet but are harmful to human health, causing serious conditions such as asthma, lung damage, heart conditions, and premature death. Because of these negative impacts, clean air serves as a major driver for ZEVS.

In addition, the carbon footprint of an electric vehicle depends on the source of its electricity and is smaller than that of gasoline-powered cars.

With increasing technologies such as swappable battery technology, in which a person can exchange their discharged batteries for charged batteries at the charging station, the adoption of EVs will lead to faster battery life.

To add, due to the ongoing technological trend, automakers have already committed USD 140 billion towards electrification initiatives.

The cost of maintenance and the convenience and convenience of finding charging stations nearby are factors that play an important role in EV adoption.

On average, the maintenance cost for an EV is about 50% cheaper than regular cars and can result in fuel savings of about 70% compared to fossil fuel cars.

Additionally, people can charge their electric vehicles wherever necessary due to the convenience of setting up charging stations at home, at work, or when they are shopping.

The reasons outlined above are driving the EV wave not only in developed countries but will ensure that developing and emerging markets also benefit from EV penetration.